Hello, and welcome to my blog! Why a blog, you ask? Over the last decade, I have been encouraged by many people to start a blog solely due to their enjoyment of our annual Family Christmas Letter. Sounds ridiculous, right? Well, it is. And now, after 10 years of prodding, poking, and badgering, it’s come to this. I’ll admit I’m a little concerned, in that, with the letter at least, my wife serves as Chief Executive Filter for my writing, making such key suggestions as, “Honey, you can’t call somebody a Narcissistic Douche in the Christmas Letter.” Moving on, with this being the first entry, I thought it prudent to tell you a little about myself.

My name is Chachi. Seriously. Well, okay, you got me. It’s not my real name, but it has been my nickname since the day I was born. And for the record, that was two years before Chachi Arcola ever appeared on Happy Days, thank you very much. I’m not exactly sure when it was that I became aware that my name wasn’t actually Chachi, but there was no escaping it after I started school, where I was exposed to the cruel and unusual punishment known as “Roll Call.” It may seem like nothing to the Michaels and the Johns of this world, but to me, it was torture.

You see, my real name is Jacinto, which happens to be Spanish for “A lifetime of Americans butchering the pronunciation of your name awaits you.” And so, on the first day of school every year, I would sit and wait for the teacher to get through the Fs and Gs, and then… a pause. Not just a tiny one, but a long pause. Eyes nervously reading and re-reading the letters, desperately trying to make any sense of the nightmare of phonics staring back at them from the page. Finally, a hard swallow, like a man walking his last step before the end of the plank. 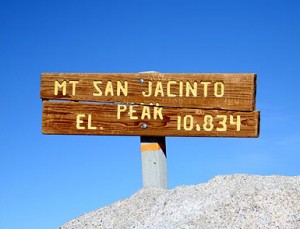 Rinse, and repeat. Every first day of school. Every time there was a substitute. From middle school onward, six times a day. Once in a while a bold teacher would do the pause, get this look of “aw, screw it!” on their face and just throw out some name they know that starts with J. I’ve been called everything from Jack to Jason. One day in my 10th grade health class, a substitute even threw out “Juanita?” and then looked around the room.

I took a deep breath, forcefully raised my hand, and said, in a voice deeper and gruffer than normal, “Yeah, I’m Juanita.”

You have no idea how many times this scene has played out in my life:

If you really want to know the proper pronunciation, I’ll do it just this one time. The “Ja” sounds like “Hah!”, the “cin” sounds like “seen”, and the “to” sounds like “toh”, but not with an extended “www” sound at the end, as in “toe”, but more like the first syllable in “tobacco”. Ha-seen-toh.

As I started my art career in college, I tried going by Jacinto professionally, while still going by Chachi in my private life. For a few years I was credited in print as Jacinto Hernandez, that’s what my business cards said, and that’s even what my name tags said at conventions. That all ended at DragonCon, the fantasy, sci/fi, and comics convention in Atlanta, back in 1998. There was a fan in attendance, a lovely gentleman I’m sure, who insisted on saying hello everytime he walked by my table after we met early the first morning of the show. By day four, I was ready to leap over the table and beat him as severely as I could with a sketchbook. He was a polite, Southern man, and when he addressed me, it sounded like this:

And if I’m remembering my math facts correctly, 35 x Juhsinna = I will now go by Chachi. Forever.

It was at the crucial Battle of San Jacinto in 1836 that Texans earned their freedom to pronounce it “Juhsinna.”

So, it’s Chachi. And it will remain Chachi for the rest of my life, unless I happen to be ordering at Panera or Starbucks, in which case, it’s “Steve,” because frankly, sometimes I just want my damn sandwich without having to explain anything to the guy behind the counter. Those of you with unusual names know exactly what I am talking about.

“Daddy, why did you tell them your name is ‘Steve’?”

“It’s just a fun game. How about while we’re here, you guys be Guinevere, Sparkle, and Bob!”

I would like to take this opportunity to point out that my parents gave me the rather enviable option of  1) a name people can neither pronounce nor spell, or 2) a name people laugh at and ask about the Fonz or Joanie. Even those too young to have suffered through the abomination of Joanie Loves Chachi still find humor in my name. I have had several little kids at the neighborhood elementary school tell me “That’s a funny name.”  And if there’s one thing I’ve learned in life, it’s always take to heart the opinion of someone with their shoes on the wrong feet. So to my mother and father, I offer a heartfelt thanks. You guys are the best! 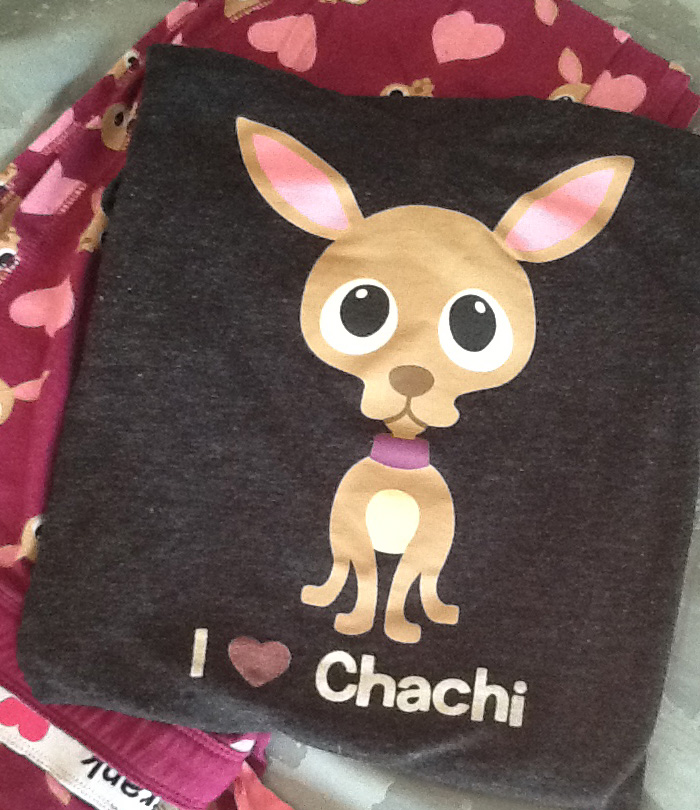 My wife’s pajamas: the lone benefit to being named Chachi, courtesy of Paul Frank and Target.

To expecting parents out there, if nothing else, allow me to serve as a cautionary tale when naming your children. I don’t know that I’d go as far as to say that your name can change who you are, or determine your personality, but it can definitely shape your experiences in life, and perhaps even open or close a few doors for you. Chachi Hernandez just doesn’t quite have enough gravitas for a number of professions, wouldn’t you agree? With a name like that, probably the highest I could aspire to professionally is Game Show Host on Univision.

But the truth is, for all the times I’ve heard my many names, “Jackeentoo,” “Juhsinna,” “Chachi(giggle),” “Order for Steve,” at this point in my life, there’s only one name that matters to me, and it starts with a “D.” No, it’s not Dumbass.

The name is Daddy. And if ever there’s been a name that’s defined me, that’s impacted who I am and how I live my life, it’s that one. And it’s not that the name itself is any better than the others — it’s that the people calling me that are infinitely more important to me than those using my other names. I love it because it comes only from them.

I’ve been called Dad or Daddy for over 13 years now, and I still remember the feeling of hearing it the first time. There’s power in that name, and in the role that bears it, so it is essential that we men honor that, and try our best to live up to it. I first heard the name from the mouth of a nine year old boy, a short while after his mother and I had married. And I can tell you from experience, no matter how cute the Da-da babblings of a baby are, or how sweet the voice of a little girl calling Daddy is, there simply is no comparison to hearing it from somebody who is choosing to call you that. The role I stepped into brings with it considerable doubt: Can I be what this boy needs me to be? What exactly is my role in his life? Will he ever accept me as his father? He is my son; what I am to him? To have those doubts answered with one word is enough to make a man weak in the knees. I am his Dad, because he said so.

So, for the many roles I have in life — husband, father, son, brother, artist, writer, coach, teammate, chauffuer, volunteer, handyman, lawn-boy — only one comes with a designated name attached. Daddy. Only that name brings me no embarrassment, no explanation needed, no spelling it out for people, and in my ears, it is the sound of home. But don’t you try to call me that. That’d be weird.