A few weeks ago, my wife was having a discussion about relationships at work. As a man, I have to admit that I have no idea how one even gets onto such a topic. Seriously, my typical conversation with other men sounds an awful lot like this:

Him: “Hey, man. Good to see you, how’s it going?” (proffering hand for a shake or fist bump)

How to segue from that to discussing relationships is mystifying to me. Perhaps there’s a Conversation for Dummies self-help book I need to read.

Anyway, at some point in my wife’s discussion, her coworker made this statement:

“I don’t understand how people can get married without kicking the tires first.”

Maybe you’ve heard the more popular expression of that stance:

“You wouldn’t buy a car without taking it for a test drive first.” 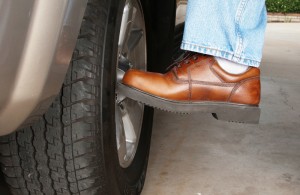 Upon hearing that, I couldn’t wait to hear how my wife responded. Because, well, we happen to be one of those crazy couples that got married before ever, as my wife’s coworker so eloquently put it, kicking the tires. Well, my wife, as sweet as she is, said nothing. I’m not accusing my wife of anything here; I would have done the exact same thing in that situation — for a different reason. Not because I’m sweet, but because conversationally speaking, I sound about as eloquent and smooth as a first grader playing the recorder. Instead, I’d rather take the time to sort through my thoughts and put pen to paper, or whatever the equivalent of that is on a keyboard and screen (zeros and ones to flash storage doesn’t sound very good, does it?)

For starters, do I need to point out that comparing your potential future spouse to a rapidly depreciating asset is probably not endearing you to them? There are also a couple of other philosophical issues that may be problematic with the car comparison.

A major inherent problem in comparing your future spouse to a car — and sex to driving that car — is that the reality of car shopping runs counter to the point you’re trying to make. Every car shopper knows that one of the biggest factors in determining the value of a car is mileage. Whether its a Kia, a Mercedes, or a Ferrari, the lower the mileage, the higher the value. Every time.

What’s the Kelley Blue Book on that?

A new car is worth more than the same car used, and a used car with low miles is worth more than a used car with high miles. So if you insist on treating sex like a commodity, like a good in the marketplace, you have to accept all that comes with that. That means every time you go for a test drive, you lower the value of the car. And, like it or not, you are someone else’s test drive, so your value is dropping as your mileage goes up too.

Another issue that contradicts the point test drivers are trying to make is this: emotional connection. Many people would argue that sex is just sex, a purely physical act performed for pleasure. Those people are either dishonest or just plain sociopathic. I can claim that about them with confidence because I know full well that not even driving a car is a purely physical act. What happens when you ask someone about their first car? They tend to look up and to the left, as a slight smile sneaks to the corners of their mouths, and a little sparkle enters their eyes as they wistfully summon the memories of their first ride. They can immediately tell you the color, year, make, and model (Silver 1985 Honda Accord). And they can remember everything about that car. The feeling of the seats. The sound of the stereo. The sensitivity of the brakes. The turning radius. The vibration of the idle. The smell of the interior. The funny sound it made when the heat was switched on. Passengers. Places. Events. Memories. Feelings. There is an undeniable emotional connection to that car.

Even if it was a complete piece of junk. 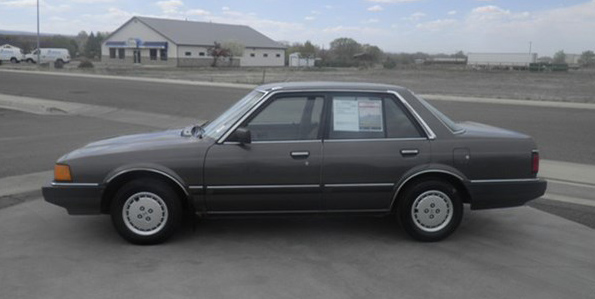 The 1985 Honda Accord. She’ll always be a sweet piece of tailpipe in my mind…

And maybe not quite to the same extent as the first, but I cannot deny that the same holds true for all of my cars. Each car of mine holds a unique place in my heart – not just for the car itself, but for the experiences and memories with it. I’m just glad that my current cars don’t have feelings, because I’m pretty sure they’d feel at least a little insecure and hurt knowing that my old cars are still a part of me, and that there are things about them that I miss to this day. Don’t worry, I’m sure your spouse doesn’t care about the memories and comparisons with old lovers that swirl around in your head once in a while. 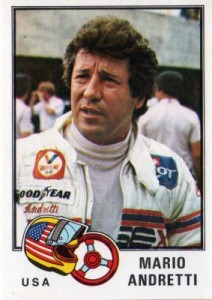 There’s also an unattractive underlying arrogance to the test drive mentality that says “I am an awesome driver.” Why else would one presume himself capable of judging the quality of a car? I am an expert, and therefore qualified to rate how these vehicles drive. Have you ever been behind a Lexus with it’s left blinker on for ten miles? Does a clueless driver have any idea how good his car is? What if that’s you? What if that car didn’t seem to perform well not because it’s a bad car, but because you’re a lousy driver? Call me crazy, but I believe a truly great driver should be able to bring the best out of any car, and make it shine. It’s important to consider that perhaps that last unsatisfying roll in the hay was as much your fault as the other person’s.

The other concern with the test drive mentality is this: when do you stop looking for the sweetest ride? At what point are you satisfied that you’ve experienced the Ultimate Driving Machine? Because I can promise you, there are better rides out there than your current car. If you’ve lived with that mindset, wouldn’t you wonder how good of a drive every hot new car you come across is? I highly doubt changing that mindset is as simple as flipping a switch when the ring goes on your finger. And I’m pretty sure maintaining that mindset in a marriage is playing with fire. 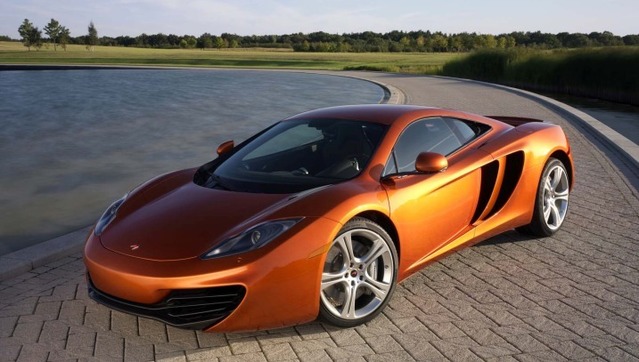 Oooh, a McLaren — I wanna take it for a spin!

You wouldn’t buy a car without going for a test drive is just a different way of saying, “I wouldn’t marry someone unless I’m sexually satisfied.” The underlying red flag to that type of thinking is it adds conditions to that which by its nature is supposed to be unconditional — that’s what for better, for worse, for richer, for poorer, in sickness, and in health means. Committing to somebody else conditionally (as long as you’re satisfied, or pleased, or happy) is not a commitment to anyone but yourself. In other words, it’s not a commitment at all.

How many people do you know that drive the same car their entire lives? None, right? It’s one thing to focus on a good test drive if you’re signing a two-year lease, or if you like to trade your car in every five years. But for a lifetime? Dependability, reliability, durability, adaptability, and quality all trump any test drive.

If there is a truth in life it may be this: Nothing remains unchanged. No circumstance is constant. So if marriage is supposed to be for life, it seems fantastically foolish to marry based on sexual gratification now. Pleasure now. Happiness now. Through age, changing attitudes, children, health issues, the circumstances of now will change. Guaranteed. But if both of you are committed to the person, and not to circumstances, there’s at least the possibility that together you can make some of those circumstances change for the better.

One thought on “The Test Drive”