Because Frank never had to deal with this stuff.

I was in the middle of writing a different blog post when I had an experience that got me thinking about other things. Those other things, though, were certainly familiar things to me. I’ve already written about this topic in my very first blog entry, “What’s In A Name?” So if you haven’t read that one, I suggest you do so, as I’ll be expounding on some of those themes.

Lately, my elder daughter had been having some issues with her iPod Touch. At some point, the front camera had stopped working. Yeah, I know, talk about your first world problems. My hand-held touch-screen electronic device only has one working camera! Selfies became harder to take, and that’s always a good thing, in my opinion. But in all seriousness, Facetime wasn’t all that effective without that camera working, and that was putting a damper on my daughter keeping up with her mom while my wife was at work overnight. And so, with the iPod still under warranty, I got online and scheduled an appointment at the nearest Apple store.

As many of you probably know, the simplest way to do this is to enter one’s Apple ID, which is what I did. I should add that when registering for services/warranties/etc., I have always thought it prudent to use my legal name, in case any issues should arise. So what that means in this case, is my appointment at the Apple store was automatically set for Jacinto Hernández. The minute my appointment was set I said a private Uh-oh, as this is the exact sort of situation I prefer to use my store/restaurant alias of Steve. All I could do was hope that it wouldn’t be that bad – the people helping me would be Geniuses, after all.

Yes, they use the term loosely.

Unfortunately, there was road construction on the way to the store, closing things down to just one lane, and my daughter and I ended up eight minutes late for the appointment. When we walked in, we were told we had missed our slot, and we would have to wait until a Genius freed up. At that news, my heart sank at the reality that somebody was going to have to call out my name when the time came. After about half an hour of waiting, playing around with new iMacs and iPhone 5s, the moment of truth had finally arrived, and I’m going to spell this the way it sounded:

Jeentoe. I can honestly say that in 39 years, I’ve never heard that one before. And it took a Genius in a blue shirt to come up with it. Let’s analyze what went into the creation of the name Jeentoe out of Jacinto. The name starts with a J, so it must make the english J sound as in Jack & Jill, even though the last name Hernández is there as a pronunciation clue right after the Jacinto. I’m not sure what happened to the next two letters in my name, but they must fall under the classic language rule, I can’t make sense of this so I’ll ignore it. But wait, the story continues…

Genius: “Jeentoe?”
Me: “It’s Jacinto.”
Genius: (pause) “Okay, Jeentoe, this is my friend Scott, and he’s going to take good care of you today.” 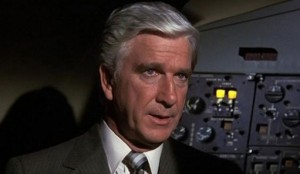 I am serious – and don’t call me Shirley.

I corrected him. He thought about it. And then boldly decided, “No, I’m going with ‘Jeentoe’ again.” As he walked away, I gave him my best surely you can’t be serious look.

In the middle of helping us out, Scott stepped away to grab a replacement iPod for my daughter.  The second he left, my daughter leaned in and asked, “Daddy, did that other guy call you ‘Jeentoe?’ Twice?”

I’ll admit that we had a good laugh about it, and I am soooo glad that my daughter was present to witness such a complete butchering of my name. But the event does raise questions in my mind. If you obviously have no idea how to pronounce a name, why try? Why not try to learn something new? Just switch to the last name, which happens to be something like the 9th most common surname in the United States:

That’s not difficult, right? In fact, it sounds an awful lot like good manners. Instead, I got a ridiculous attempt at my name, followed by a flat out refusal to say it properly after I had corrected him. Scott, on the other hand, played it safe and pretended like I didn’t even have a name. Well played, Scott, well played.

My great-grandmother never once called me by my name. She insisted that my mom had written to her about my birth, and told her that my name was Jackie, not Chachi. So she dug in her heels and called me Jackie until the day she died. Every letter, postcard, or birthday card from her was written to Jackie. Every phone call and face-to-face conversation I ever had with her – Jackie. Never once Chachi.

Allow me to share another story with you, which also happened since I posted my first blog entry about the woes of my names.

We were dropping off a full-car’s worth of donations at a Goodwill fundraiser earlier this year. I introduced myself to the very friendly man in charge of unloading the items. It went like this:

Oh, you’ve just gotta hear that story, do you? Fine.

My parents decided to call me Chachi.

I’m guessing that was not the story this man was hoping to hear. Because the way he said “I’ve just gotta hear that story!” told me he as expecting some crazy tale of a bizarre clerical error, or perhaps a tale of a whacked out ‘shroom trip by my post-delivery parents that led to my name. Maybe his reaction would have been warranted had I introduced myself as Shitswirl, but it seems a little extreme for Chachi. But what that subtly (or maybe not) communicates to me is that you believe there’s no freakin’ way anybody in their right mind would name a child Chachi, and therefore there must be some great story behind my name.

And even so, why is my name an invitation to delve into my personal history? That seems just a tad invasive, doesn’t it? I’m guessing other people don’t get the same treatment.

“Matt, you say? Wow, tell me about that…”
“Justin, huh? Do you like wearing ladies underpants?”

Maybe it’s just me, but I think that’s overstepping a little bit – a touch too personal with somebody you’ve just met. So what to do? Here’s my advice. Next time you hear a name ranging anywhere from interesting to freakish, just say this:

Pretty simple, right? Just like that, you’ve addressed it in a polite way, and if they want to further explain it, they’re free to do so by their own choice, not due to an inappropriately nosey question from a complete stranger. Perhaps the Brians and Michaels and Joes and Dans of the world have never even had to consider what this feels like, but I assure you, the more uniquely named of us out there are all too familiar with prying questions from people we don’t know. It feels uncomfortable, so don’t ask. I don’t believe I owe you an explanation for the name somebody else gave me when I was born. And while I recognize that you’re curious about the name, it’s how you feel entitled to details about my personal life that makes me want to say, 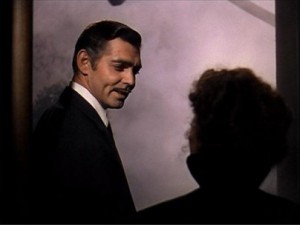 Rhett? I’ve gotta know how you got a name like that!

Frankly my dear, I don’t give a damn.